It’s easy to focus on the $6 billion money train that is the eBay “digital marketplace” (or auction site in everyday language – “Internet Marketers, Are you on the eBay Money Train Yet?” But if you’re not careful, you could fall prey to scam artists.

With a worldwide audience, that set of Pez dispensers could evoke a fierce bidding war between collectors in Belgium and Thailand, and the tussle could boost your sale price quite substantially. But again, beware the sharks out there.

Last week, I put up a cell phone for auction on eBay and within 4 hours, END_OF_DOCUMENT_TOKEN_TO_BE_REPLACED

Forget your preconceptions that online auction behemoth eBay is a place to sell quirky Pez dispensers and broken printers, I did a survey of the market potential of the site for Internet Marketers and you’d be pretty pleasantly surprised by my findings.

Rather than recycle subjective opinions from blogs and forums, I went to Nasdaq.com and pulled eBay’s financial stats.

San Jose-based eBay has certainly come a long way from its beginnings as a sole proprietorship in 1995.

In case you think it’s only holds sway as the dominant player in the auction space, think again. The addition of electronic payment provider PayPal and Internet telephony VOIP (voice over internet protocol) provider Skype, means that it is a force to be reckoned with in the e-payment and communications arena too.

The financials show that the 30% year-on-year growth to sales of $5.96 billion in sales last years and a $1.125 billion net profit, mean that it’s position as a digital exchange for products and services is pretty much cemented.

Especially when you look back and see two major initiatives in 2004:

These and more recent intiatives have helped build up eBay’s standing.

In a recent IDC (International Data Corp) report “The State of the Consumer Digital Marketplace (Mar 2007)”, the “most important Internet companies” were analyzed, and the listing included:

What turned the tide for me was hearing from eBay specialist Adam Ginsburg during Matt Bacak’s Marketing Madness in Atlanta.

I don’t know about you, but I’m pretty psyched about the eBay Explained session next Tuesday.

Apparently, the response was so overwhelming the event organizers needed to move the event to the Suntec Convention Center.

END_OF_DOCUMENT_TOKEN_TO_BE_REPLACED

eBay has been a mixed bag for me.

I’ve used it to incrementally grow my list, though I haven’t mastered the art of selling high value items on Ebay yet.

I know other Internet Marketers who sell items at bargain basement prices on eBay.

Some have even written off eBay as a marketplace for cheap buys, and unsuitable to build substantial income. 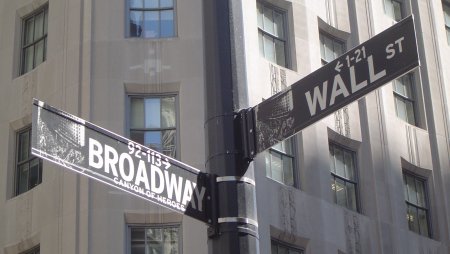 But back to Brandon later.

Check out: Ebay Seminar In Singapore, Malaysia and Philippines

Despite my lack of success with online auctions now, I’m optimistic about auction prospects.