…Maybe you should watch it for yourself:

And here’s the backstory:

Fresh off his appearance during a tv spot during the Superbowl, former ASU 1996 Rose Bowl wide receiver Isaiah Mustafa, reprised his role as the manly Old Spice Man and has caused a coup in social media circles.

In an industry that’s been increasingly filled with social media experts whose claimed to fame has been writing books about building a huge following on Facebook or Twitter, or building buzz, or sometimes seem like the Internet marketing equivalent of a Paris Hilton “I’m famous for being famous”, the Old Spice Man has brought a breath of fresh air to the social media scene.

On Tuesday, he took questions from multiple social media channels – Twitter and Facebook – and a team compiled the questions and had numerous personalized responses posted on YouTube, which were then emailed, retweeted and circulated around the Internet.

As of now, there are 205 videos posted on the YouTube channel with more content being progressively added.

Before you jump in with a preliminary judgement that this is a case of new-fangled efficiency in aggregating multiple channels, take a moment to watch the finished product.

The Old Spice Man comes across as:

Except for a few critics, he’s largely won over the bulk of his followers, including Digg founder Kevin Rose, actresses Alyssa Milano and Demi Moore. His biggest win could possibly be the 4chan community, a rabble-like elite community which has spawned memes like LOLCats and RickRolling.

What helped make this a winning campaign. Some of the key details:

The missing ingredient in most social campaigns is an air of sincerity, playing it straight with the audience and an essential star quality and x-factor which all but a few lack.
Isaiah Mustafa possesses all the following attributes in scads.

Watch the videos and you might just get a taste of the future of social media. 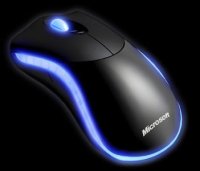 This is a major coup for Razer, long a cult hit for professional gamers who choose Razer’s high-end gaming peripherals. Razer has taken the leading in sponsoring several professional gaming tournaments in the Republic.
They’ve jointly introduced a new gaming mouse, the Microsoft Habu.

Ã¢â‚¬Å“We are thrilled to partner with Microsoft to combine form and function in order to deliver the best gaming products possible,Ã¢â‚¬Â said Robert Ã¢â‚¬Å“RazerguyÃ¢â‚¬Â Krakoff, president of Razer. Ã¢â‚¬Å“The Hardware Group stands out when it comes to comfort and design Ã¢â‚¬â€ and when we combine that with our years of experience in gaming power and precision, we will truly elevate the quality and overall gaming experience for our customers.Ã¢â‚¬Â

Ã¢â‚¬Å“By partnering with Razer, we are building on our own legacy of developing innovative hardware solutions while taking advantage of RazerÃ¢â‚¬â„¢s expertise in providing smart technology that elevates the PC gaming experience,Ã¢â‚¬Â said Bill Jukes, product marketing manager for Microsoft Hardware at Microsoft. Ã¢â‚¬Å“We believe that Microsoft Habu specifically addresses the demands of todayÃ¢â‚¬â„¢s PC gamers, and its versatility, comfort and performance will benefit gamers of every genre.Ã¢â‚¬Â

To look at the viral marketing elements of their campaign, check out http://www.notfornoobs.com