I saw a post in my WordPress dashboard from Matt (one of the WordPress development team).

His intriguing title “Is Your Plugin Naughty or Nice?” features a guest article by Aaron Brazell informing developers to ensure plugin compliance with WordPress 2.1 which is ‘almost here’.

I was looking for more info on WordPress 2.1 but there’s scant info available now.

You should be using some variant of WP 2.0 and if you haven’t patched it to 2.0.5 already, this is a good time to do so. There were a number of security-related patches in the last update.

I really like WordPress and a quote on the WordPress site captures my feelings:

If you aren’t already optimizing your WordPress blog, you won’t be able to traffic generate and monetize as effectively as you could, you might want to check out Secret Blog Weapon.

I really love hearing from those who’ve started using Secret Blog Weapon and are getting great results!

This has been an interesting week for WordPress.

In addition to announcing the release of WordPress MU (multi user) 1.0 (the software/platform that hosts numerous blogs at WordPress.com) and bbPress (the tag-based forum software), they’ve just announced the launch of WordPress 2.0.5 earlier today.

END_OF_DOCUMENT_TOKEN_TO_BE_REPLACED

Just announced about half an hour ago, the WordPress developed has launch two new releases:

According to their offical release:

Some other facts about WordPress MU:

Developed by the WordPress folks, it has cool features like:

The development team focused on creating something fast and light. bbPress can power a forum with hundreds of thousands of posts with just a fraction of the load as WordPress.

The most compelling for WordPress users, is that bbPress supports complete user and login integration with WP.

Matt goes on to say: bbPress is not quite 1.0 yet, some of you may recognize the 0.72 version number from the early days of WordPress, but if youÃ¢â‚¬â„¢re searching for a little something fresh in forum software, try downloading bbPress and giving it a go.

I awoke this morning to some startling news.

Ewen dropped me an email timestamped 325am this morning.

(gee, I wonder if I have to be an insomniac to be a heavy hitter Super Affiliate).

I made a mistake. 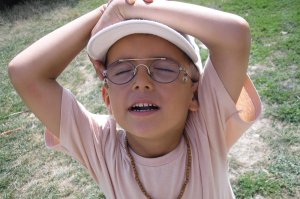 END_OF_DOCUMENT_TOKEN_TO_BE_REPLACED

And sometimes if you’re lucky, you encounter wordpress plug-ins!

Some plug-ins are kinda funky, like Hello Dolly! from Matt Mullenweg (aka Photo Matt) founding developer of WordPress. Matt also holds the distinction of being the #1 most important Matt in the world (according to google).

What does Hello Dolly do? For the non-Wordpress initiaited: It’s not just a plugin! It symbolizes the hope and enthusiasm of an entire generation summed up in two words sung most famously by Louis Armstrong: Hello, Dolly.

The effect?: When activated you will randomly see a lyric from Hello, Dolly in the upper right of your admin screen on every page.

Interesting plug-in. A bit lacking in the purely functional department, but otherwise good for your soul.

Then you have other plug-ins which help you do useful stuff, like link related posts, insert tags that help you get your blog found more easily (and hopefully bring more traffic).

I had a moment of ooh-ahh, when I chanced upon this plug-in while surfing the net earlier.

END_OF_DOCUMENT_TOKEN_TO_BE_REPLACED

Over the past couple of weeks, I have been quietly promoting SecretBlogWeapon, and have seen a decent take up rate.

According to WordPress Adsense System creator, Gobala Krishnan, I have the highest conversion rate among all affiliates.

Despite being new at affiliate marketing, I landed the top affiliate position for August 06. You can read more about it here: http://www.WhoIsAndrewWee.com #1 Affiliate Internet Marketing partner for SecretBlogWeapon.com!

By the end of the first week of September, I am on track to hit the same number of sales for the ENTIRE month of August.

Will it be top affiliate again? Well, if you’re the betting kind, I could give you a good return on your wager…

The success of the campaign was unexpected, but I suspect it has to do with the SecretBlogWeapon components that I’m offering compared to other affiliates.

But more on that later.

What is the WordPress Adsense System anyway?

Is it worth it?

Or is it just another ebook that makes lots of promises and is full of hot air?

(Trust me, having spent hundreds of hours reviewing lots of blogging tools, I’ve discovered my share of turkeys, chickens and outright donkeys in the batch!)

I realized I haven’t done a formal review of Secret Blog Weapon, so here goes: END_OF_DOCUMENT_TOKEN_TO_BE_REPLACED