Blackhole SEO is where an END_OF_DOCUMENT_TOKEN_TO_BE_REPLACED

Chad Frederiksen: Better known as “CDF Networks”, Chad has the distinction of being one of the top 10 END_OF_DOCUMENT_TOKEN_TO_BE_REPLACED

Have you heard the one about Affiliate Summit co-founder Shawn Collins walking with a mock limp along the hallways of the Rio, only to have a sympathetic hotel employee offer a Segway. Shawn gets onto said Segway and rides off into the sunset…Or does he?

Uncensored and via “fake live satellite” (to quote some Jim Kukral Daily Flip parlance, we present spy video and spy pics from the hallways of the Rio.

Note: Please note that these acts are performed by pure amateurs who did not undergo any professional training. Please do not try this at home, or anywhere near beloved household pets… 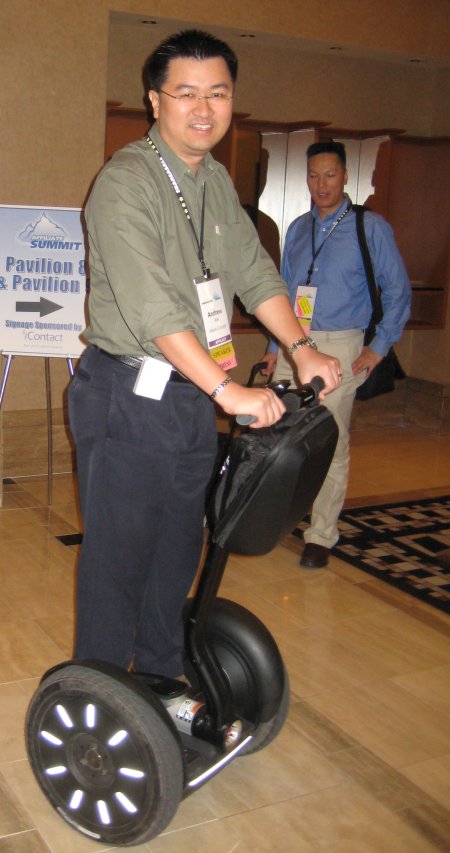 Revving up the Segway’s gyroscope while celebrity pit engineer END_OF_DOCUMENT_TOKEN_TO_BE_REPLACED

Starting this week, I’m kicking off a series of answers to readers questions which will appear every Monday (hence…the “Monday Question”).

My answer: You should pick the area in which you have the greatest affinity.

Note that the most successful Internet Marketers will brand themself in a specific manner, with one identity, for example, you might have:

You hardly come across someone who brands themself as a adsense/PPC/eBay/super affiliate/seo/product creator for a reason. You lose credibility because most will not believe you can master so many specializations just a couple of months into the industry.

It’s a late post today as yesterday was a long day.

But Internet Money Secrets was well worth attending.

First up was Joel Comm, who came in live via video link from Oklahoma.

Among the sources he uses:

Pretty interesting, especially for those of us who’re constantly striving to create original content for our blogs and webposts.

Incidentally, if you didn’t already know, the best performing adsenseunits are the:

And if you didn’t already know, the best color combination to use for your adsense blocks are:

This combination makes for the most readable ad format.
Wow, I just gave out the essense of his seminar.

Well, not quite, because he gave away some other strategies too, about why people fail at adsense and his winning formula.

We had an interesting presentation from the Master Copywriter.

END_OF_DOCUMENT_TOKEN_TO_BE_REPLACED

I’m looking forward to October, because the face of Internet Marketing in Singapore and possibly Asia will never be the same again.

That’s because the NTUC Auditorium at Marina Boulevard in the heart of the city will play host to the Inaugural Internet Money Secrets convention. 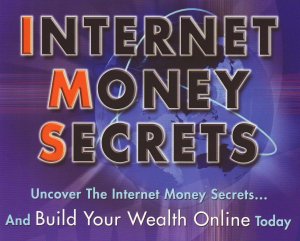 The event is intended to focus in on generating Internet Marketing income through two revenue streams:

Beyond just the knowledge, I’m looking forward to the great networking opportunities.

Just imagine, 350 Internet Marketers all gathered in one place, exchanging ideas over two days, with the possibility of teaming up and forming joint ventures. END_OF_DOCUMENT_TOKEN_TO_BE_REPLACED