As the current situation stands, the rabble rousers sometimes do end up with the most number of twitter followers by virtue of END_OF_DOCUMENT_TOKEN_TO_BE_REPLACED 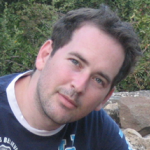 I met Mike Peters in person at Affiliate Summit West last year, having talked to him a number of times before that.

With a colorful lifetime of experience, Mike:

In our discussion, we talked about: