Until now, there’d not been many ways to make money by posting videos online.

Kelvin Hui’s Ambatch.com provided an opportunity for users to embed links to video content services, in exchange for 100% of the adsense revenue. The original video portal is no longer available, although several new sub-portals have been launched.

I’d tried that for a time, although it seemed like the majority of the users were based in Asia and the bulk of users were on the Chinese language interface. English content posters seemed to be in the minority.

To date, some of the content publishers have done very well: 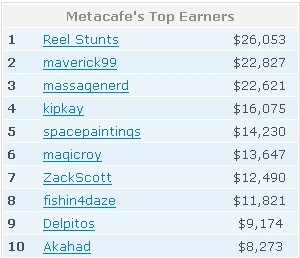 Lest you think the accrued figure as impossible to achieve, look at the listed videos when I visited recently: 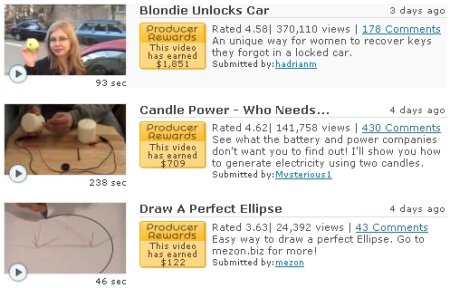 The “Blondie Unlocks Car” video clip has earned $1,851 over a period of 3 days and will continue to accrue earnings. 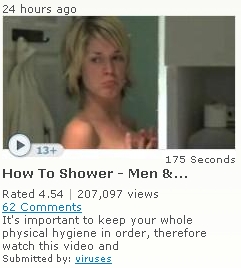 With a single video having that revenue potential, do lightbulbs go off for video’s money making potential?

Given the viral nature of video, viewers forwarding the link to friends continue to help the content owner rack up more video views.

Content owners are rewarded at the rate of $5 per 1,000 views when the viewers give positive feedback.

The videos have to be original and you must have the rights to it. Though it may seem daunting to some, it does keep the barrier of entry high for your competition and provide you with a “long tail” revenue stream.

In the case of some videos which have hit millions of views, the revenue potential could be quite substantial.

Has video, and more importantly, a monetization model for video, come of age?

We won’t know with certainty now, but MetaCafe looks set to give everyone else a run for their money.