ok, the unthinkable has happened.

in singapore there is a phenomenon where parents do crazy things to get their kids to school, even to the extent of submitting their resumes to the school in hopes of getting picked…to volunteer of all things, to do free stuff to benefit the school.

so you have high power criminal lawyers going down to primary schools to give talks about the law.

I mean, isn’t this an abuse of the schools authority?

i’ve become one of those parents who is willing to do crazy things to get his kid into a good school.

Since my daughter, bianca, was born, i’ve been thinking through various options to get her into a good school.

should i go with my goal to become a high power internet entrepreneur, hopefully dazzle the school’s administration and get her in on celebrity?

should i enroll her in classes, get her on the math olympiad team, beat everyone else in the asia-pacific and get her in that way? or should i, should i….. darn, there are so many options, so little time.

just as i was about to do something silly, my wife tells me she’s called her alma mater and our daughter qualifies for priority entry into Henry Park Primary School (one of the premier grade schools in Singapore).

Now to figure out how to get those letters out of the mailbox before the mailman comes for the pickup..

the past few days have been a trying time.i’ve switched webhosts, moved about 8 domains over to my new host.

getting the blog up was quite a nightmare.

couldn’t figure out what to do about the SQL databases.

luckily, i got some help from this page.

The Straits Times, Singapore largest English language daily has a ST Ink forum, popular referred to as the Stinky forum.

Just the other day a user, katchykid put up an interesting post
—
Relook at the rules
Before sex education even begins, the government should perhaps relook at their laws.

In Singapore, the official age to have sex is 16 years old.

The official age to see RA movies is 21 years old.

So someone can actually have sex at 16 years old but cant watch RA movies at 21 years old. Okie now this is the catch, suppose if 2 teens do a tammy, they cant watch themselves after(provided their handphone dont get stolen).

Tammy is the infamous Nanyang Polytechnic student who decided to capture a moment (10 minutes worth) of physical intimacy between herself and her male friend (relationship unknown).

While there will continue to be stalwarts in the island republic who will vehemently protest everything they see on TV, radio, movies, the Internet, it’ll be more challenging for the authorities to mediate between controlling ‘undesirable’ content, while attempting to cultivate an arts and media industry (which traditionally thrives on stretching and sometimes breaking boundaries).

Granted, we could go the way of Iranian filmmakers and produce movies with innuendo and analogies, however, I feel the lack the severely repressed environment to create such expression. and let’s face it, most Singaporeans (myself included) are:

The question is whether we have to wait for the teenage posters of the stink forum to grow up and change the world around them, or if we will do it now.

It hasn’t been easy over the last month or so. The hours have been a killer. I have been sleeping only 4 hours a night.

But then on the other hand, I have been having the time of my life.

Each afternoon and night I spend trawling the Internet, checking out forums, websites, user guides, all in the quest towards creating a new career in the area of Internet Marketing.

There’s always a learning curve involved in every new venture and this definitely is no different.

I can remember sitting in front of a Unix box for the first time, knowing only the commands “ls” (to list the files in a directory and “chmod” (to change the read/write permissions for files).

Beyond that, I didn’t have a clue what I was doing.

I can empathise with those guys who might be stuck for inspiration.

Well, there’s always the ‘idiots’ and ‘dummies’ guides in the bookstores and I refer to them all the time too.

I couldn’t imagine being able to make such a complex language accessible to newbies.

I bought the two volume set and it was done in a very accessible manner.

I checked out Amazon and saw

So there’s no shortage of stuff to borrow from the library or buy from the bookstore (these are priced about $15-20, a great buy!).

Go forth and read!

read an article in the papers yesterday.
it seems that authors giving away their books on the internet have seen an increase in print book sales.

for one author, Cory Doctorow, giving away complete novels (in fact most of his works are available in almost all conceivable formats, represents not a loss in revenue, but instead generates awareness. The enemy of new authors is not loss of intellectual property, but rather obscurity and anonymity. 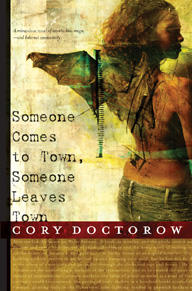 Do check the site out, i’ve downloaded his latest novel, “Someone Comes to Town, Someone Leaves Town” and an earlier novel “Down and Out in the Magic Kingdom” in Adobe PDF format (now to find the time to read it…).

Leading paranormal, pseudoscientific and supernatural investigator, James Randi, has also put the contents of his work “An Encyclopedia of Claims, Frauds, and Hoaxes of the Occult and Supernatural” on the net as well. Although the contents can’t be downloaded onto the desktop, this e-version includes additional illustrations and more instances of his wit (which might not have made it past the copy editors of the print edition).

Have a great weekend everyone!

People who lived in the middle ages smelled pretty bad.

Observe the fact at hairboutique, “Baths were actually considered unhealthy during the Middle Ages and during the Renaissance. Queen Elizabeth I supposedly bragged, “I take a bath once a month, whether I need it or not.”"

the weirdest thing is that each of these cleaning products have their own domain name and website. i guess it means they’ve made their mark.

after years of experimentation with various cleaning products, i’ve coming up with my cleaning trinity.

Dove: Ok, I admit it. the 1/4 moisturising cream gets me. too lazy to apply moisturiser when i was overseas, this is a godsend.

smells good, my skin ends up soft, it’s liquid soap, so it’s easy to apply and wash off. 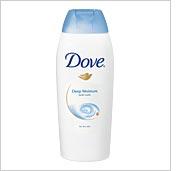 ah well, the shampoo is a cool blue though.

Cetaphil: Cetaphil to me is the king of all cleansers.

Have you ever used one of those Japanese facial cleaners that’s supposed to be really effective?

I have and they work as advertised, too well in fact. at the end of my face wash, it feels like every iota of moisture has been ripped off my screen. Especially since I have sensitive skin, i’ve found that Cetaphil is really good because it’s dermatologist-tested to be hypoallergic and has some moisturising properties as well. 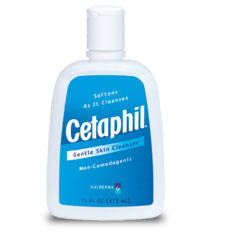 There you have it, the holy three for me.
go forth and cleanse!