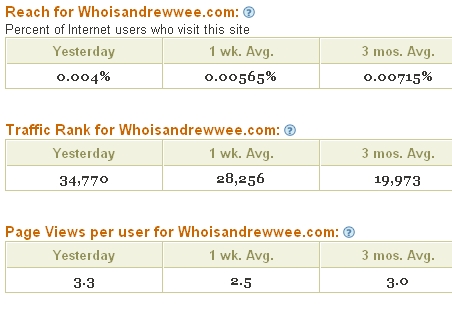 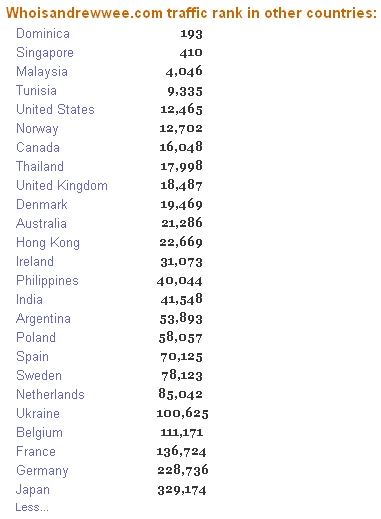 Which is useful because you get an idea how you rank across countries.

If you’re doing geographically-specific offers, you’ll be able to geo-target and geo-track a little easier.

Yes, you could use some of the analytics packages on your web host, but these quick stats give you a snapshot.

The second metric gives you a breakdown of your traffic geo-origins: 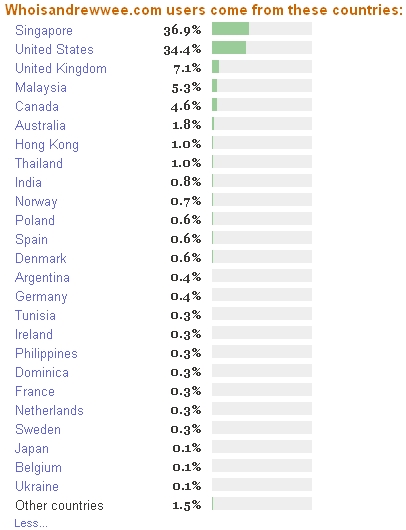 What I like about the information is it’s graphical presentation, compared to going through text-based traffic logs.

Besides using the tools to measure your own site, it’s useful to gauge the performance of merchants, affiliate networks and potential joint venture partners to get an idea of their reach.

Do remember that all traffic is not equal, and on the whole, the bulk of online transactions originate from the United States.