This is a continuing series of “Affiliate Marketing Tips” posts to share marketing and promotion strategies for affiliate marketers. If you’re new to the series, you might like to check out the first in the series “The Industry and Getting Accepted”

Assuming you’re researched a niche, selected an affiliate offer and chosen to either direct link or create a landing page, your next step is to decide on your traffic generation method. 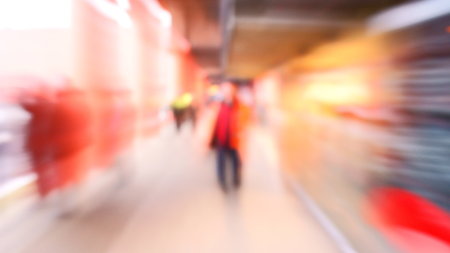 While some might see this as a toss-up between paid methods vs free methods, I suggest looking at the real costs of “free” traffic.

It doesn’t cost you a dime to write and publish an article/press release/blog post, create a googlepage/hubpage/squidoo lens, use a social bookmark service like delicious/stumbleupon/digg. Well, that is unless, you count your time cost.

You need to figure out your opportunity cost and the “real” cost of engaging in free traffic generation.

So if you’re spending 2-3 hours per day hanging out in a forum or reading tweets on Twitter and retweeting “interesting” tweets, you’re “spending” $80-120 per day (or more if you work fewer hours or have a higher income target).

If you do an audit, you’ll find that you’re achieving parity if your $2,400 of effort generates $2,400 in affiliate commissions. But then again, it’s not better that working a regular 9-to-5 job (sans the health care benefits, 401K savings plans, annual paid vacation, etc).

Doing this may mean using paid forms of promotion to test out your niche – whether you’re using one of the major PPC advertising engines like AdWords, Yahoo Search Marketing, or the recently rebranded Microsoft Bing search engine, or one of the alternative platforms like Facebook Ads, MySpace MyAds, AdBrite, AdSonar, Media Traffic, Traffic Vance, etc.

Matching the demographic/profile of users that the paid platform reaches out to, to the form of marketing you eventually plan to do will give you a good starting point to test the potential traffic and the conversion ratios within the space.

While we’ve moved beyond the days of doing $5-10 traffic tests, a more realistic budget might be $100-200 to get at least a 100 clicks (on a PPC advertising network) or possibly a couple of thousand impressions (on a pay-per-view network) and looking at your conversion ratios.

The major stumbling block that holds some new marketers back is the expectation that they’ll be able to find a winning traffic source with their first trial campaign. Unless you’re in the minority of affiliates who finds a winning, high conversion traffic source with their first trial, you’ll likely have zero or a few sales, although your traffic costs will greatly outweigh your affiliate commissions.

Being able to isolate the factors which cause the campaign to be unprofitable can make the difference between dropping that traffic source, or choosing to optimize the campaign further.

If you’re losing money because:

You’ve an opportunity to remove the losers and possibly turn the campaign into a winner.

If on the other hand, you’re not able to isolate the losing factor in your campaign, you might like to test a different traffic source.

A paid campaign can go live within a matter of minutes and give you valuable feedback on whether you should proceed or look at alternatives.