One reason why I’ve always been able to hit the top ranks of whatever I’m aiming for, whether in school, journalism, or in my entrepreneur ventures, is that I’ve been able to find strong role models and mentors. Co-opt them. Adapt and apply their strategies (this is one of the techniques I use in BizExcelleration)
Adopt your mentors best practices, take massive action, look at your results.

I think my results speak for themselves.

Let’s go on to my favourite affiliate marketer. 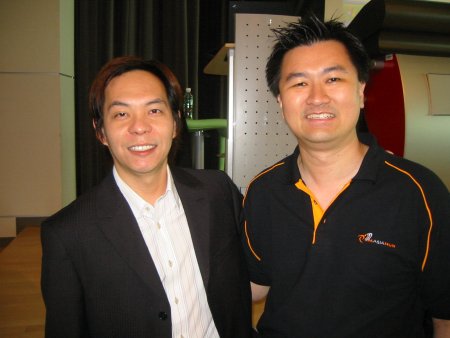 Something he said during Saturday’s workshop (that’s the Ewen Chia and Jo Han Mok Advanced Strategies workshop) gave me my money’s worth.

But if you have a chance to invest in a copy of the workshop videos, you’ll get more than your investment, because I was probing the two gurus for their insider secrets throughout, and they were very open in their answers.

But more on that particular Ewen tip later.

Picking a mentor is important if you want to succeed in a short timeframe and I’d generally use the following criteria to pick a strong one:

It’s important especially for your mentor to be using their own system (which could be adapted from someone else’s.

If they’re doing wholesale copying of someone else, take heed. It’ll retard their ability to continually evolve the system.

It’s like buying a stock car and being unable to make modifications to it. You could be ‘jammed’ especially if you’re in an unfamiliar situation and you aren’t able to adapt the system.

But back to Ewen’s insider tip.

I don’t believe anyone would dispute that we should be continually building our own brand on the Internet.

I’m sure most would agree it wouldn’t make sense to build up someone else’s brand name on the Internet.

If you’re doing Internet Marketing, why would you engage in activities which continually build up the branding for an affiliate marketing product you’re promoting?

Are you guilty of advertising some hot new product and using the product name as a keyword?
Think about this for a moment.

Why would you build a brand for a product like XYZ blogging tool or AAA affiliate marketing software?

Wouldn’t it make more sense to build yourself up as an authority figure?

Look at Ewen Chia the brand for a moment.

If you’re on his list, and he mentions he found GGG analytics or DDD autoresponder to be a useful tool, would you be likely to check it out? Maybe even invest in it?

And if you found it to be useful, it’d merely reinforce his postion as an authority figure, wouldn’t it?

So the upshot of all this?

Build yourself up as a high authority figure.

Ditch the “Internet4Wealth”, “FastMoneyNow”, “MoneyMakingForum” usernames/nicknames/monikers. They may help you with linkbaiting or traffic stealing efforts today, but they won’t help you in the long term.

Instead: Build up the “Me” brand.

Create an aura of competence and authority. Embark on your Internet Marketing efforts with confidence.

And as you’re contemplating all this, remember two words:

3 comments on Ewen Chia and building the ‘Me’ brand

1 Pingbacks & Trackbacks on Ewen Chia and building the ‘Me’ brand