With an average of 100,000 daily active users that’s an average revenue per user (ARPU) of $1 per user per month.

Which is going to be hard to achieve if you’re using “traditional monetization” routes like CPM (pay per 1,000 impressions) or CPC/CTR (pay per click) methods like most applications are doing.

Some of Jason’s findings: 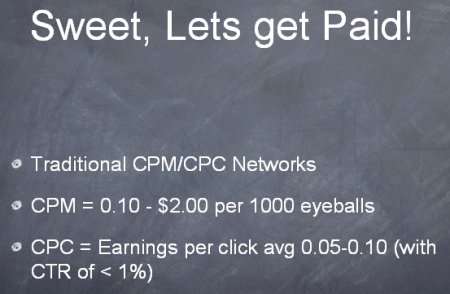 Based on the BEST case scenario for a CPM payout of $2 per 1,000 eyeballs, that’s going to take a lot of churning to reach that level.

Adsense and other CPC measures could perform even worse with a $0.05 pay per click payout (with a clickthrough rate of sub-1%). 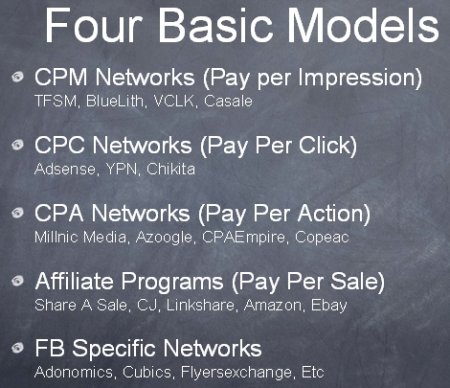 You can pretty much expect all these to underperform because using these website monetization media to try to monetize off a dynamic application is like putting a motorcycle engine into a Ferrari…the $*#&@ thing just won’t fly.

Among the reasons why it doesn’t work…

The key factor is that these systems are prime examples of interruptive marketing.

Instead to construct a commercially viable Facebook Application, the monetization systems need to be integrated into the application design. Do the equivalent of product placement where you see the BMW automobile or Omega watch in a James Bond movie. You can’t really do a Tivo timeshift out of that, can you?

Better yet, integrate your monetization system into the heart of your game logic and development process…

If completing an offer is part of the application, you’d be able to see the 75% CTRs that have formed the foundations of $uperRewards payouts… 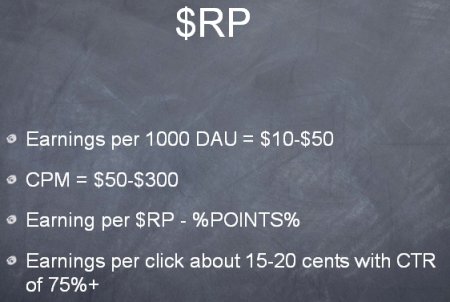