It’s been more than a week since I left Las Vegas after attending Anik Singal and Jeremy Palmer’s PPC Classroom Live.

So the question is “Was it worth a 20+ hour plane ride each way?”

I got to meet a bunch of great people and the stellar cast of speakers presented great content. Now it’s a matter of hunkering down and putting some of those ideas into practise. 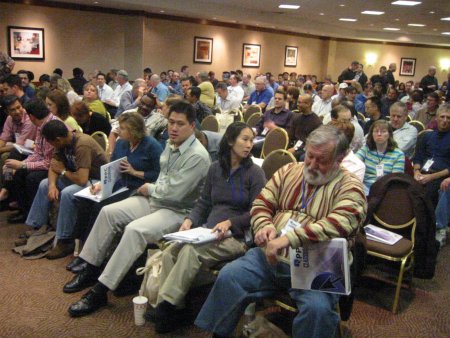 It was great to hear how Anik took one of his info product sites, added CPA offers to it and have it generated $42,000+ to date this year. 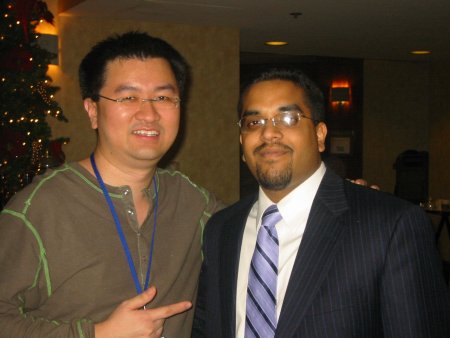 Just as you’re seeing a convergence of search marketing and PPC marketing, I believe the worlds of info marketing and lead generation/affiliate marketing are going to draw closer in the coming year. 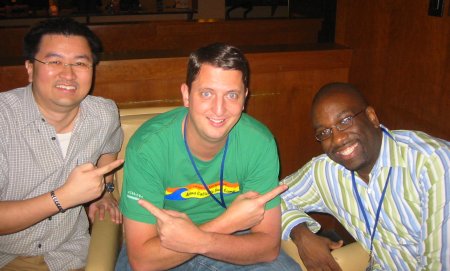 I look to Kirt Christensen as one of the pioneers in Internet Marketing, together with his partner, Terry Dean.

It was certainly illuminating to hear about his strategies for positioning yourself as a PPC management agency and it was pretty impressive hearing about some of the biggest Internet marketers he manages PPC campaigns for.

Greg Cesar is someone who’s in my mastermind and this was the first opportunity I got to meet him. It was refreshing to hear about some of his unconventional approaches to affiliate marketing, and he talked about how he uses one media channel (still untapped by almost all internet marketers) to go gang busters, especially on affiliate offers.

If anything, I am finding that the networking opportunity far outweighs the learning from the content sessions. I met Andre Chaperon who was top affiliate for the PPC Classroom promotion, Ryan Kaltman (AKA “Magic Ryan”, the Rich Jerk’s business partner). Ryan’s like a ball of energy and having him show gross YouTube videos during a posh dinner certainly breaks the monotony of it all. (plus some unmentionables which I’ll not go into here…)

After working on a number of projects, I finally got to meet up with my business partner, PPC Super Affiliate Amit Mehta. 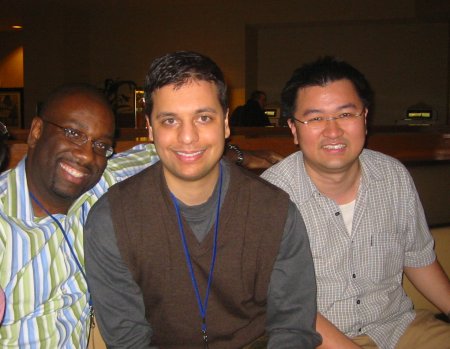 If you have caught Amit’s Affiliate Summit East presentation, then you know that Amit delivers 110% on his content.

One thing that newer internet marketers fail to grasp is the mindset element, and there’s an overemphasis on the tactical elements (eg. landing pages, keyword lists, quality score). If you take a step back, you’d realize that the business systems and mindset are what makes you the mega bucks… 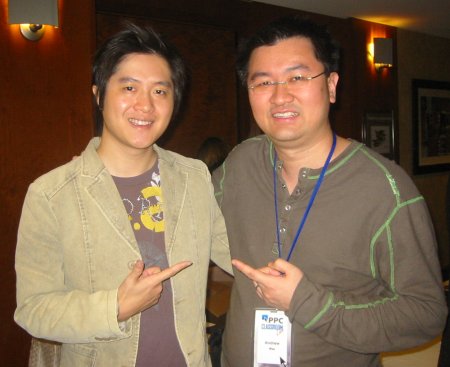 Simon Leung’s changed his look from his avatar, so here’s how he looks now.

I was pretty jet lagged, so I had to crash during his talk. 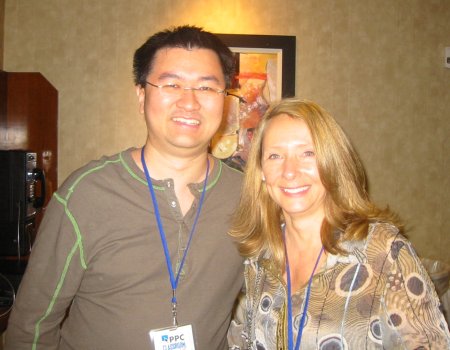 It was my first time meeting Ros Gardner too. We had just missed each other at Affiliate Summit West earlier this year.

If anything, her disclosure that blogs are the main platform that she uses, ties in with what I’ve been hearing from other super affiliates recently. 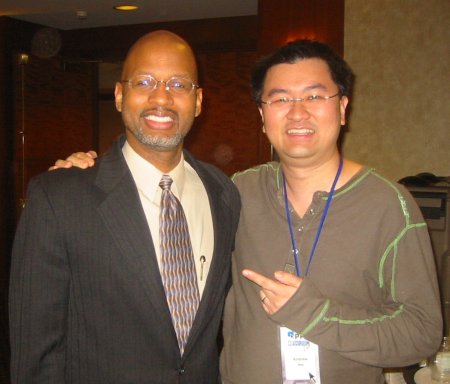 Dave Bullock’s talk on Taguchi testing certainly raised my awareness on the specific details about Taguchi testing. It’s not something I’d do right now (split testing seems sufficient for now), but perhaps in the future. 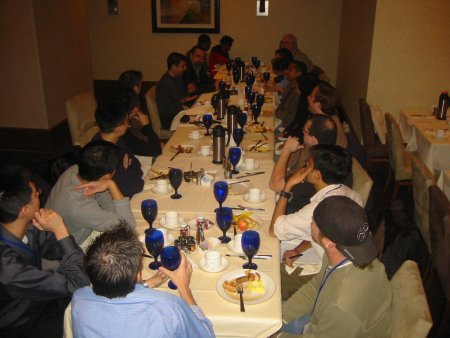 On Sunday, Amit and I hosted an Insider’s Breakfast for our Super Affiliate Accelerator breakfast.

It was great meeting up with the Super Affiliate Accelerator members and share some techniques to bring their business and their campaigns to the next level. 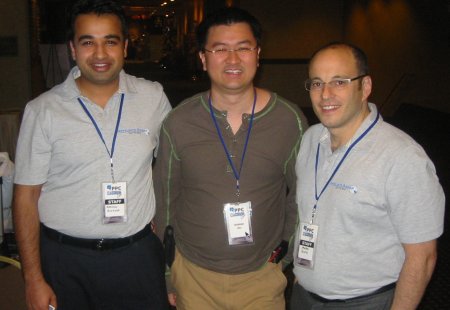 I’d spoken to Affiliate Radar creator Mark Roth a number of times and was involved in the launch of Affiliate Radar, so it was great to meet up with Mark and Rakeesh. 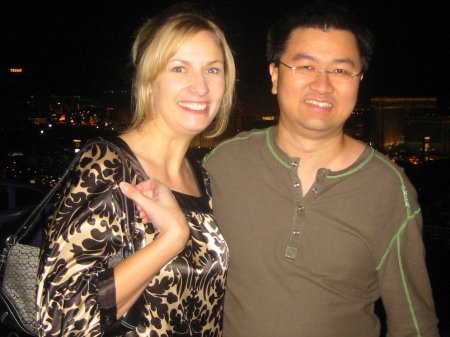 Affiliate Classroom VP of Marketing Rachel Honoway lost her voice during the event.

After some googling, I discovered that “Vegas Throat” is common, and is mainly due to the dry desert air.

I’ve made a mental note to bring some “Pi Pa Gao” a Chinese herbal throat/cough mixture, so I’ll be fully prepared to speak at Affiliate Summit West in February.

Did you know that some entertainers (specifically singers) will not perform in Vegas due to possible damage to their vocal chords due to Vegas Throat?

After the event, we headed to the Voodoo Lounge on the 51st floor of the Rio, and here’s a shot of the skyline: 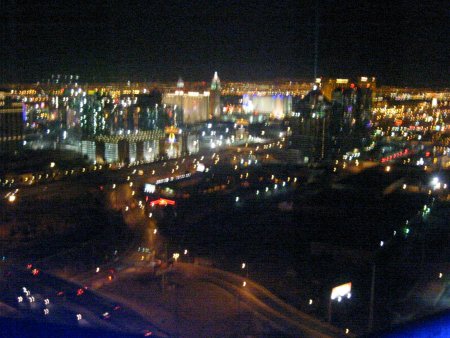 It was good to chill after the event: 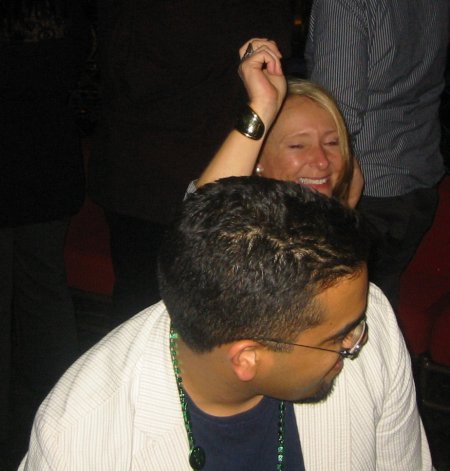 So the next time I’ll be in Vegas will be in February for Shawn Collins and Missy Ward’s Affiliate Summit West where I’ll be on the Media Panel, moderated by Revenue Editor-in-chief Lisa Picarille, together with Anik Singal and Valerie Stevens (Insight Magazine Online)