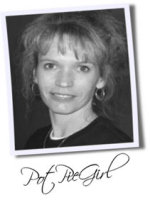 This week on the Friday Podcast, I invited PotPieGirl to talking about generating traffic using free methods.

I’d seen her twitter exchanges with Miles Baker and found that she’s pretty proficient in building sites on Squidoo (the social networking site founded by marketer and author Seth Godin) and generate affiliate marketing income from her efforts.

During the course of our discussion, I found out: So SERP rankings can bring you so far, but you’d need END_OF_DOCUMENT_TOKEN_TO_BE_REPLACED

If you’ve been online for any amount of time, chances are you’ve heard of Squidoo in passing or even been to their site.

Although it’s easy to pass off Squidoo as just another platform for traffic generation and revenue generation. (which I did for the longest time).

Upon closer look, the brainchild of marketer Seth Godin aims to achieve social good by focus the community’s efforts towards raising funds for charity.

According to the Wikipedia entry on Squidoo:

Squidoo splits its revenue with its “co-op” of lensmasters. 5% goes straight to charity, first. Then 50% goes to the lensmasters. 45% goes to Squidoo. The site is estimating that nearly half of all the lensmasters on the site are donating their royalties to any of 45 featured charities, ranging from NPR and The American Heart Association to smaller organizations like Chimp Haven and Planet Gumbo.
END_OF_DOCUMENT_TOKEN_TO_BE_REPLACED