eBay’s electronic payment division PayPal is responsible for the bulk of eBay auction payments, and a new beta version is in the process of being launched. Against this backdrop is a groundswell of disgruntled Internet Marketers. Is it too little, too late?

PayPal (part of eBay’s Payments division) is one of the key pieces of the auction giants empire, powering it’s payment capability. It’s in the process of launching a revamp:

Although these are somewhat pleasant features to have, they’ll have to contend with a group of disgruntled Internet Marketers, particularly users of Jonathan Leger’s $7 script, which administers a mini affiliate marketing scheme through PayPal’s APIs.

There are a number of END_OF_DOCUMENT_TOKEN_TO_BE_REPLACED

If a user to your landing page runs spybot and deletes your cookie, it means you will not get credit for the affiliate sale. 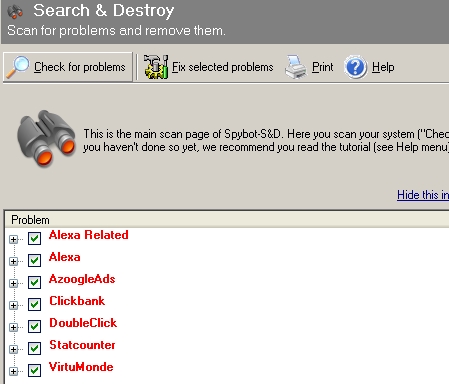 Spybot already identifies Alexa as spyware, although Alexa tracks the sites you visit and depending on your perspective, it could be viewed as either a web metrics tool, or ‘spyware’.

END_OF_DOCUMENT_TOKEN_TO_BE_REPLACED

I was a little upset with affiliate network Clickbank yesterday.

For one, I knew a transaction had been processed, but it hadn’t appeared in my sales screen.

I checked with the content publisher and they confirmed it appeared on their screen.

So why hadn’t it appeared on my screen?

I got my answer this morning (and the sale appeared too).

END_OF_DOCUMENT_TOKEN_TO_BE_REPLACED

It’s been quite some time since my post: Running the million dollar Internet Marketing marathon.

I’ve come so far in such a short period of time.

it would’ve been a more challenging journey.This is just the start of the journey and the destination is still far away.

But here’s a spot of inspiration… 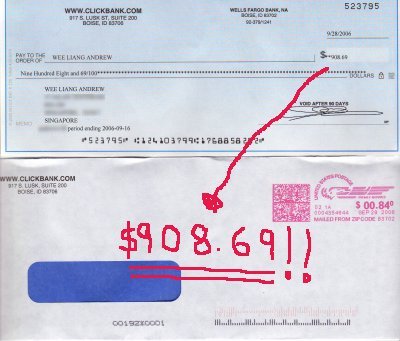