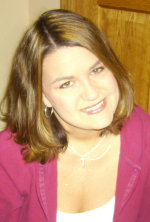 One of the affiliate marketers I’d been following since I first started out in the industry was and continues to be Kim Rowley who owns Key Internet Marketing and has a network of shopping-themed niche sites.

Kim has come up with a number of great concepts for niche sites, and more than just the idea alone, she’s certainly one to take immediate action.

Although we’d talked a little before this past Affiliate Summit West and chatted briefly at the Summit, we’d been sharing some ideas in recent weeks and I was glad that she was able to take some time out to come on the podcast.

Besides hearing about her start in internet marketing, we also talked about strategies in setting up coupon/shopping/comparison type shopping sites and growing your online business.

As with previous Friday Podcasts, we covered a lot of ground in this episode and you can check out the podcast below:

If you factor in the fact that END_OF_DOCUMENT_TOKEN_TO_BE_REPLACED

And we also talk shop about how networks can up their game.

Our discussion built on a number of points raised in Shawn’s AffStat 2008 report in which 200 affiliate managers were surveyed and disclosed information about the industry. It was certainly nothing short of an eye-opening experience.

Or should that be “Words”?

However, you cut it and define it, there’re marketers out there who do their best to make use of Twitter, Squidoo, Hubpages, MySpace, Facebook, Tumblr, Flickr, Metacafe, Youtube, Revver, forums and other social networking site (of the “Web 2.0″ ilk) to generate adsense or affiliate income.

Some of them are spectacularly successful, while others just flame up and die, and have their accounts deleted en-masse.

So is Web 2.0 a “dead” technology for marketers?

Are Web 2.0 site destined to become a dead graveyard populated by “internet polluters“?

This issue came up during the taping of a Friday Podcast session with Affiliate Classroom’s Marketing VP and affiliate marketing industry veteran Rachel Honoway.

I was pretty impressed that Web 2.0-based affiliates ranked alongside SEO, PPC, Coupon, shopping comparison and other types of profiled affiliates in Affiliate Classroom’s new AC Certified program for Affiliate Managers.

If you recall, Jim Kukral presented a session on “Bloggers as the Next Generation of Super Affiliates” at Affiliate Summit West 2007.

And it’s great to see these new generation of affiliate marketers being profiled in the new program, and even better, there’re tips for new and experienced affiliate managers to reach out to these marketers.

If you’ve been reading this blog over the last couple of weeks, you’d pick up the thread that this END_OF_DOCUMENT_TOKEN_TO_BE_REPLACED

If you like Shawn’s Road Trip/American Pie-ish style of humor, you’d want to check out this Easter bunny video broadcast: