There’s an unholy trinity of money making niches that are said to be perpetually profitable.

Reader Paul Johns has suggested that social networking sites could be an avenue for people to meet up for sex or to exchange naked pictures.

Although this might be true for some sites like Facebook or MySpace, I doubt this ‘tactic’ would work as well on StumbleUpon or Del.icio.us or Digg, just because of the way it’s structured.

As for exchanging pictures, END_OF_DOCUMENT_TOKEN_TO_BE_REPLACED

Social traffic is fantastic because:

The downside is because of it’s interactive nature (which contributes to it’s virality), spam marketers will always try to flood you, and drown out your message with their spam.

This includes, but is not limited to:

On social community sites like MyBlogLog, Eric and his team have instituted several measure like: limiting personal messages to 20 a day (with an innovative reciprocal message feature in place) , and eliminating animated GIF avatars in favor of single (static) image ones.

But that still doesn’t quite solve the problem of ‘widget spam’ where people with link baiting avatars feature on your sidebar widget that appears on the right of this blog.

I was pleasantly surprised when I got an email from Robyn “Sleepy Blogger” Tippins, MyBlogLog’s new community manager (Robyn’s offical MBL post), less than 24 hours after posting “MyBlogLog Social Traffic Credibility and Attempts To Cripple Spammers“.

Here’s Robyn’s response to my feeling that posting 20 messages a day could be limiting:

Andrew, hopefully this won’t hamper users that are actually engaging in conversation, because everytime you receive a message back, you up your daily limit by one. So if I message you I have 19 messages available, but if you message me back, then my message limit goes back up to 20.

It’s only one method we’re trying, so if you have any suggestions let me know.

The concept of reciprocity is an intriguing one and goes one step further than just blanket quotas.

I think as time goes by, the messaging model will get refined further.

And it is forward thinking on my part that 20 messages would be insufficient for a community size of 1,000.

It would seem fair to incorporate gradual increments to the number of available messages to MyBlogLog members in good repute. That way, it’ll prevent MyBlogLog members from going out of the network to use email to communicate.

And it’s also true, you can make your presence felt by establishing yourself as an authority on forums, blogs and social community sites by participating in ongoing conversations or starting new ones.

But where many stumble, and subsequently crash and burn is subscribing to the UFO mentality. 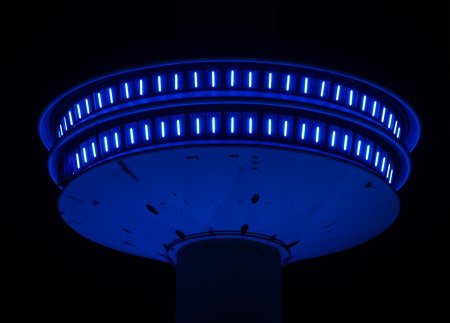 A UFO is flashy, appears for a brief moment, makes a lot of sound and noise, everyone looks up at it. And boom! It disappears!

When you’re planning a social traffic campaign, I’d put the longevity (long tail) of the campaign as a higher priority compared to just the spike in short term traffic you’ll experience.

One way to effectively orchestrate you campaign is to identify the key groups, one of which you’ll one to influence and one which you’ll get little or no leverage from.

Influencers: will punch way above their weight. As opinion leaders the inclusion of your URL on their blog or web post could potentially send tens of thousands scurrying to your site.

On the other hand, you’ll want to avoid excessively using the Herd crowd. They’ll tend to parrot what the influencers say, and have little leverage themselves.

Again, the quality measure is much more important than just the quantity of people you’re able to reach out to.

This past weekend, I had the opportunity to share the stage with Internet Marketing Guru Jo Han Mok and we shared some of our insider strategies.

The crowd has been expecting some blogging tips, but sadly I had to disappoint.

Instead, I’m getting a number of positive vibes about the traffic strategies I’ve developed over the past couple of months.

It has been a funny experience, just seeing the traffic surge every month by between 50% and 100%.

January was an especially good month with more than 7,500 unique visitors heading over.

This month looks like it’ll bust that fairly easily.

I think one major difference between what I’ve been doing with my Social Traffic Generation and the Spike/Surge strategies used by other Internet Marketers, is that the traffic I generate is very END_OF_DOCUMENT_TOKEN_TO_BE_REPLACED